Research: Over 394 ATMs close each month in the UK

Study by card machine provider Paymentsense reveals that over 4,735 ATMs have vanished between July 2017 and June 2018.

Research by Paymentsense reveals that ATM’s are closing at an alarming rate across Britain.

Data from Statista shows that across the UK no less than 4,735 ATM’s have vanished in the past 12 months, which averages out at 394 cash machines closing every single month.

Paymentsense have created an infographic that visualises the number of cash machines that have been closed over the past year, which can be seen here. 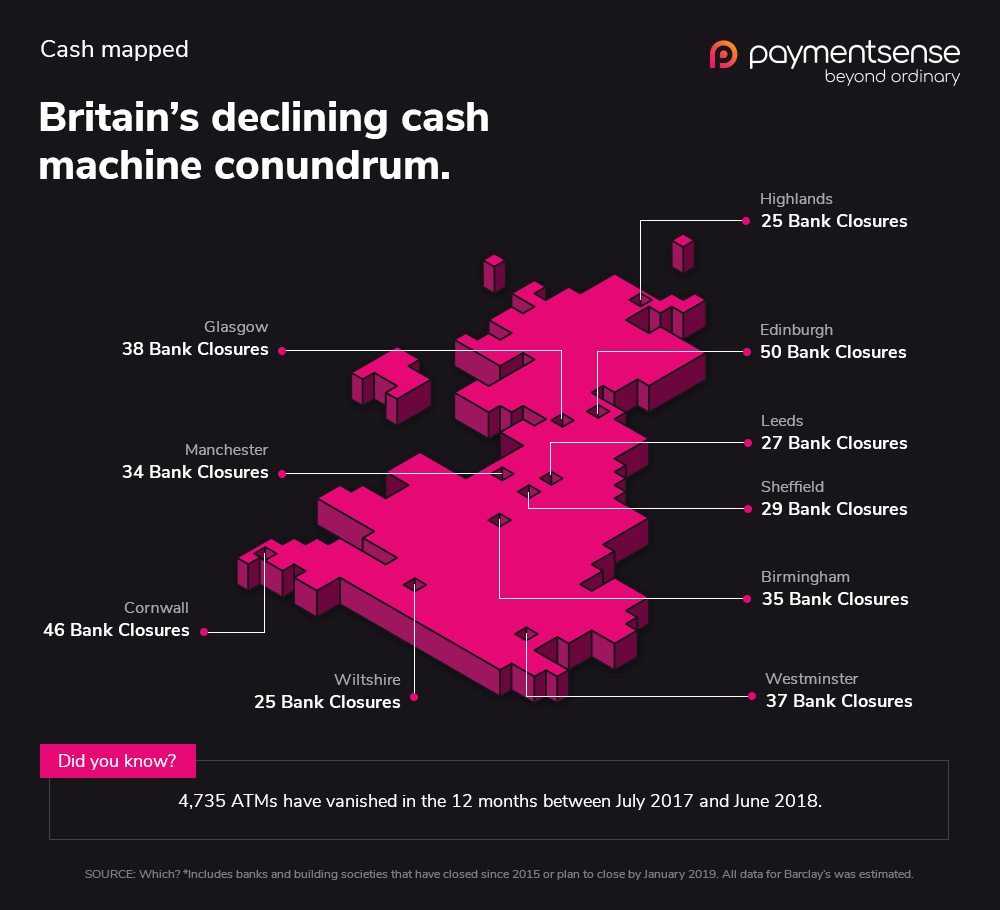 Figure 1. Paymentsense Infographic to visualise the number of cash machines and bank branches closed between 2015-2018.

Luke Sam Sowden, a visually impaired lifestyle blogger based in Leeds, has faced a number of challenges recently and said: “My local branch closed down due to a spate of burglaries and being visually impaired, I need a local bank with a physical location instead of just an ATM-like a lot of banks seem to be heading towards nowadays.

“In the end, I had to change banks, which despite being fairly easy to do thanks to the fast-track switch service, still took a lot of messing around as I had to memorise new account information and passwords, many of which hadn’t been changed for several years.’’

Research reveals that many banks around the UK have been closing their local branches over the past two years. Edinburgh and Cornwall have been the most affected with just over 50 closures:

But for the many that have embraced the cashless society and digital revolution, the prospect of more bank and ATM closures simply isn’t a concern.

Freelance copywriter Ellen Holcombe said: “I have seen a lot of cash machines and branches of banks close in my area, however, this hasn’t really impacted me. Most of the stores and services I use accept cards. I think we’re living in a world that’s going to be cashless very soon and I’m okay with that”.

With demand for cash machines falling and pressure on companies such as Link to keep specific ATMs running, it will be interesting to see how this plays out in the near future. If there’s one thing we can be sure of, however, it’s that cashless payments are going nowhere fast and will most likely only increase in popularity.

Guy Moreve, Chief Marketing Officer at Paymentsense said: “Our research earlier this year highlighted that as a society, we’re now close to becoming cashless with contactless making up over 42% of all transactions. As you can see from our latest study ATM’s and bank branches are closing at an alarming rate’’.

“This in part is affected by the rise in contactless transactions and the need for cash falling. As consumers become more comfortable in using digital forms of payments the need for cash machines is decreasing. There are a lot of businesses who still rely on cash as their main payment method. Therefore in order for them to remain competitive in the market, it’s time for them to consider card payments and avoid consumers walking out if there is no ATM in or nearby their premises”.

Established in 2010, Paymentsense has grown from a small two-person operation into an enterprise with over 200 employees with offices in London, Hull and Belfast.

The company’s mission is to support small businesses by helping them meet the growing demand to accept card payments.

From card readers to payment gateways and virtual terminals, they provide a range of merchant services to over 70,000 small businesses across the UK and Ireland.

The future of payments – where we are and where we’re going
Crowdfunding cities: Which cities back new business ideas?
2021 UK job market report: How COVID-19 has sparked new business growth
Love lockdown: How will Valentine’s Day spending shift under COVID-19?
The December countdown: Where are we buying our last-minute gifts?
Confessions of a serial refunder: Small businesses face £1,000 on average in refunds per month

We use cookies to optimise site functionality and give you the best possible experience.

We use cookies for different purposes on this site.

These allow us to recognise and count the number of visitors to our website and to see how they move around our website when they are using it. We use this information to improve the way our website works.

These cookies are used to serve you relevant advertising on external websites, they are also used to limit the number of adverts you see as well as to help us measure the effectiveness of our advertising campaigns.