Ahead of National Mentoring Day on October 27, new research from Paymentsense has revealed how much UK workers would pay for the advice and guidance of their career mentors. According to the survey of 1,000 people those who have, or have had, a mentor would pay £195 a month on average for their support. This works out to over £75bn of value across all working UK adults*. 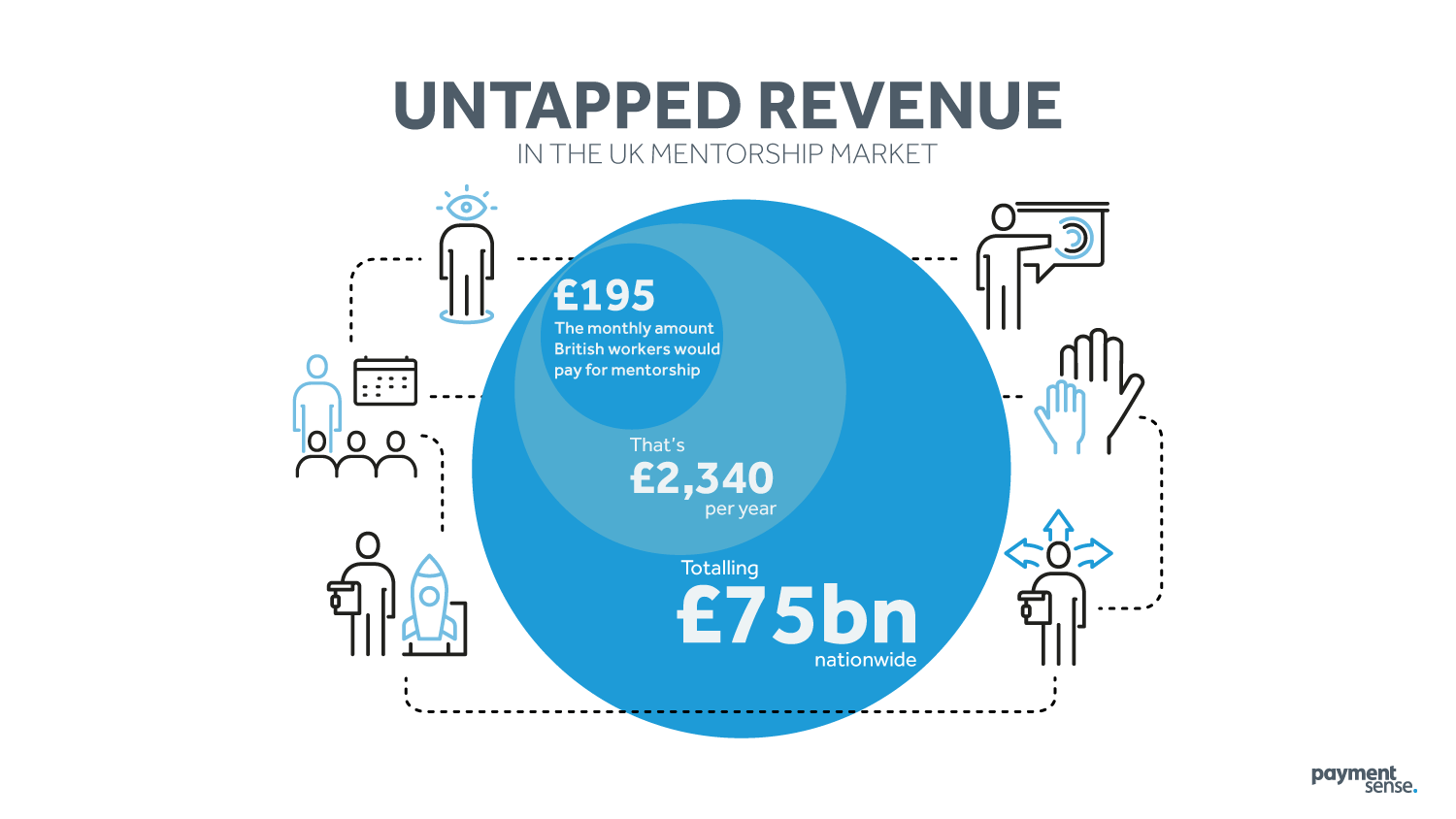 Approaching a third (30%) of those surveyed said they had benefitted from the advice and guidance of a mentor. On average employees have had just over three mentors in their career (3.09), and the average length of time they benefitted from their support was just over 11 years (11.23). 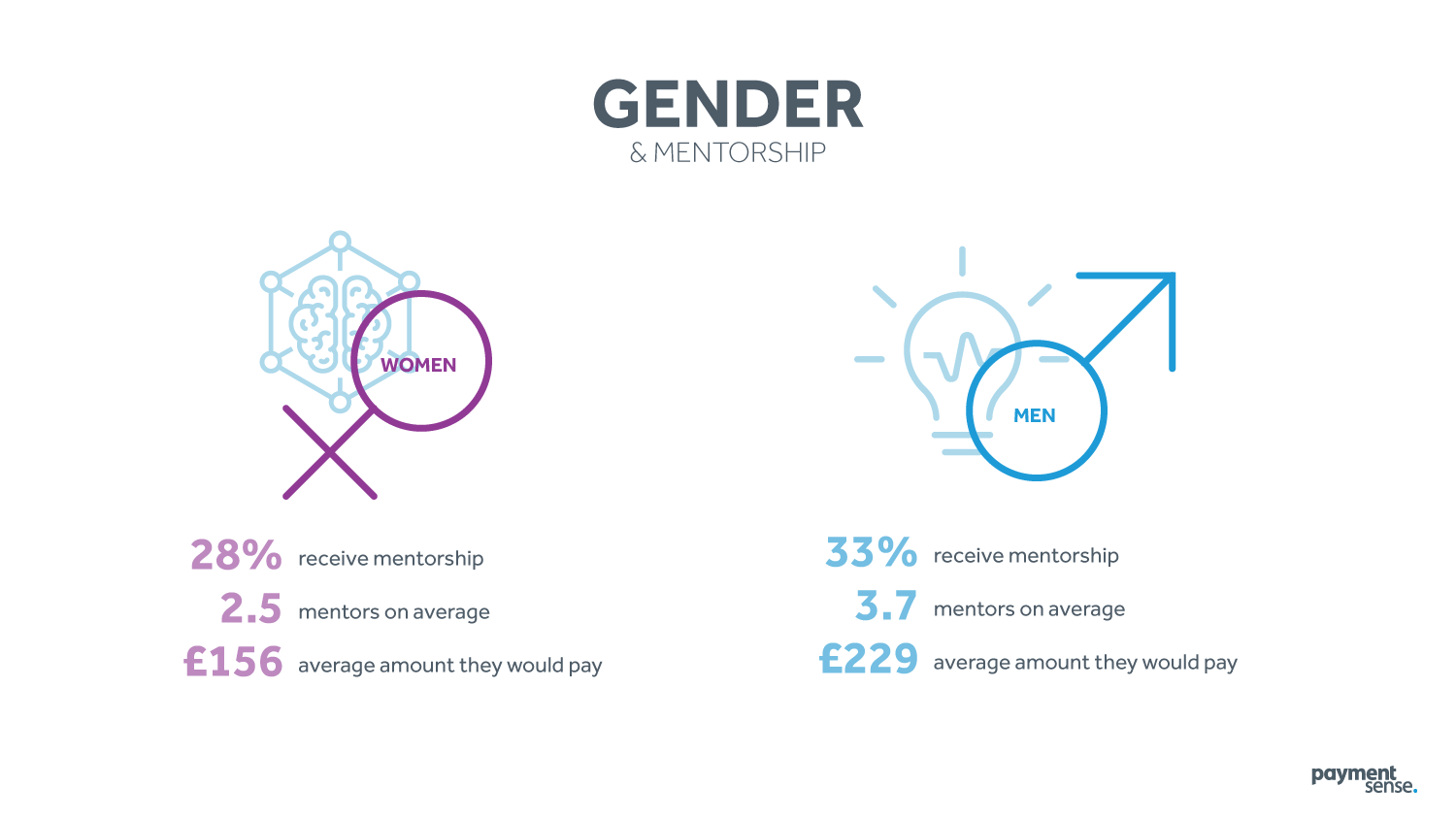 Lucy Ward is Creative Brand Director at Trouva  a marketplace showcasing distinctive products from hundreds of independent bricks and mortar boutiques. Lucy has two mentors – one male and one female and believes it’s increasingly important for women to find female mentors, especially in traditionally male-dominated industries.

Lucy said: “Sophie is General Manager at the world’s leading independent digital rail platform, and a mother of two, but is always full of energy. She fills me with confidence that I can achieve that too.

“Giorgio inspires me because of his calm influence and level headedness. He runs a company with a similar model to ours in the fashion arena so has walked the path I’m on before, which comes in very useful when seeking guidance.”

Lucy is also passionate about getting women involved in tech roles. She is part of ALT (Ambitious Ladies in Tech) a programme by LocalGlobe, and was asked by Retail Week magazine to join its “Be Inspired” campaign. As part of this, Lucy acts as ambassador to help inspire and promote the careers of successful female retail leaders. She adds: “Having a female mentor allows young women to ask questions that are sometimes hard to discuss in male dominated environments, for example around balancing a demanding career with children and confronting the gender pay gap.”

The Paymentsense study also showed that regionally, Londoners valued their mentors’ advice at approaching £400 a month (£382.73), compared with just £65.69 for those in Manchester. Those in the capital were also more likely to have had a mentor – 40% of London respondents, compared with a third (33%) of those in Manchester. However, Londoners reported less time benefitting from their mentors than average, at just under 9 years (8.81). 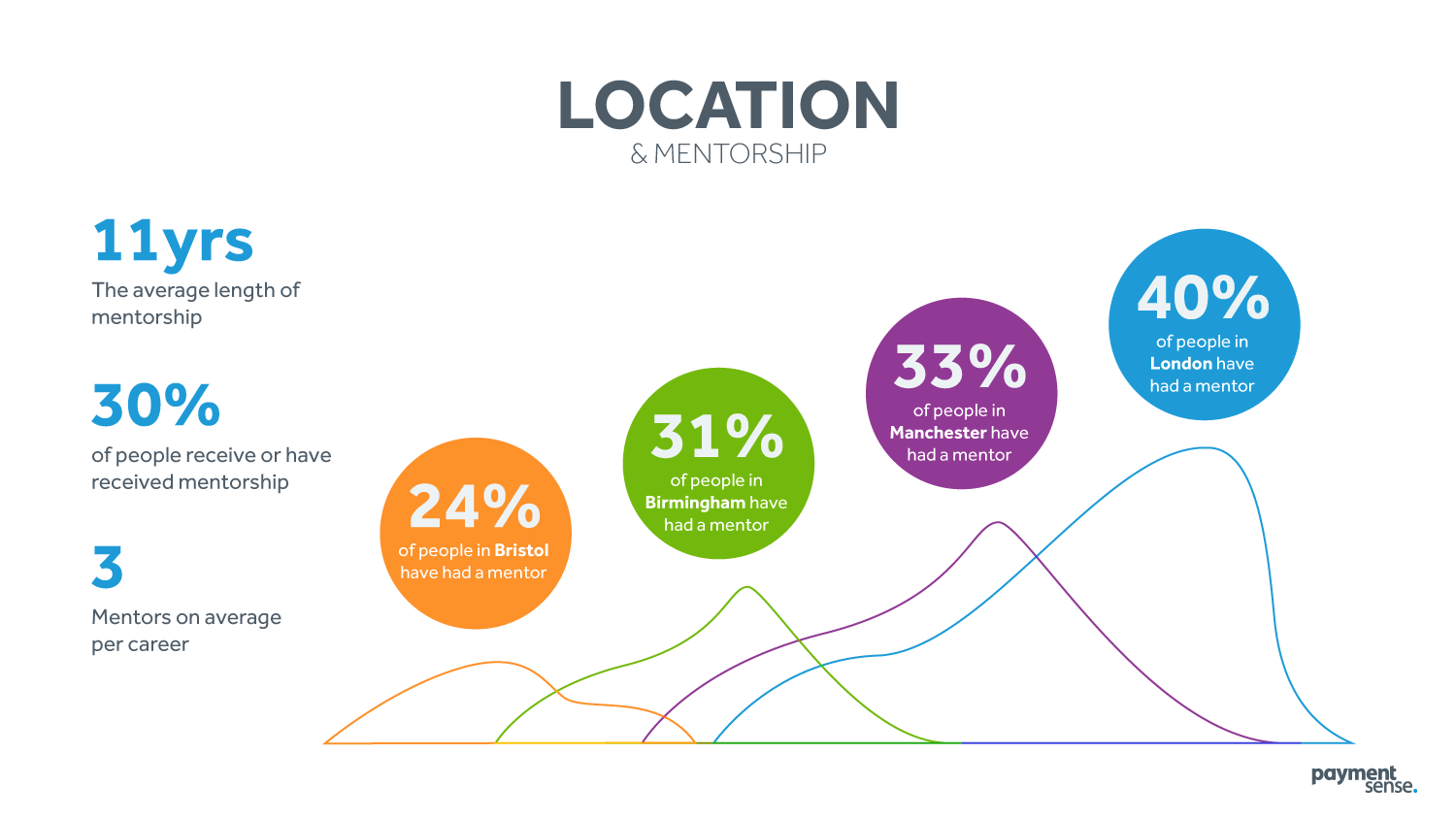 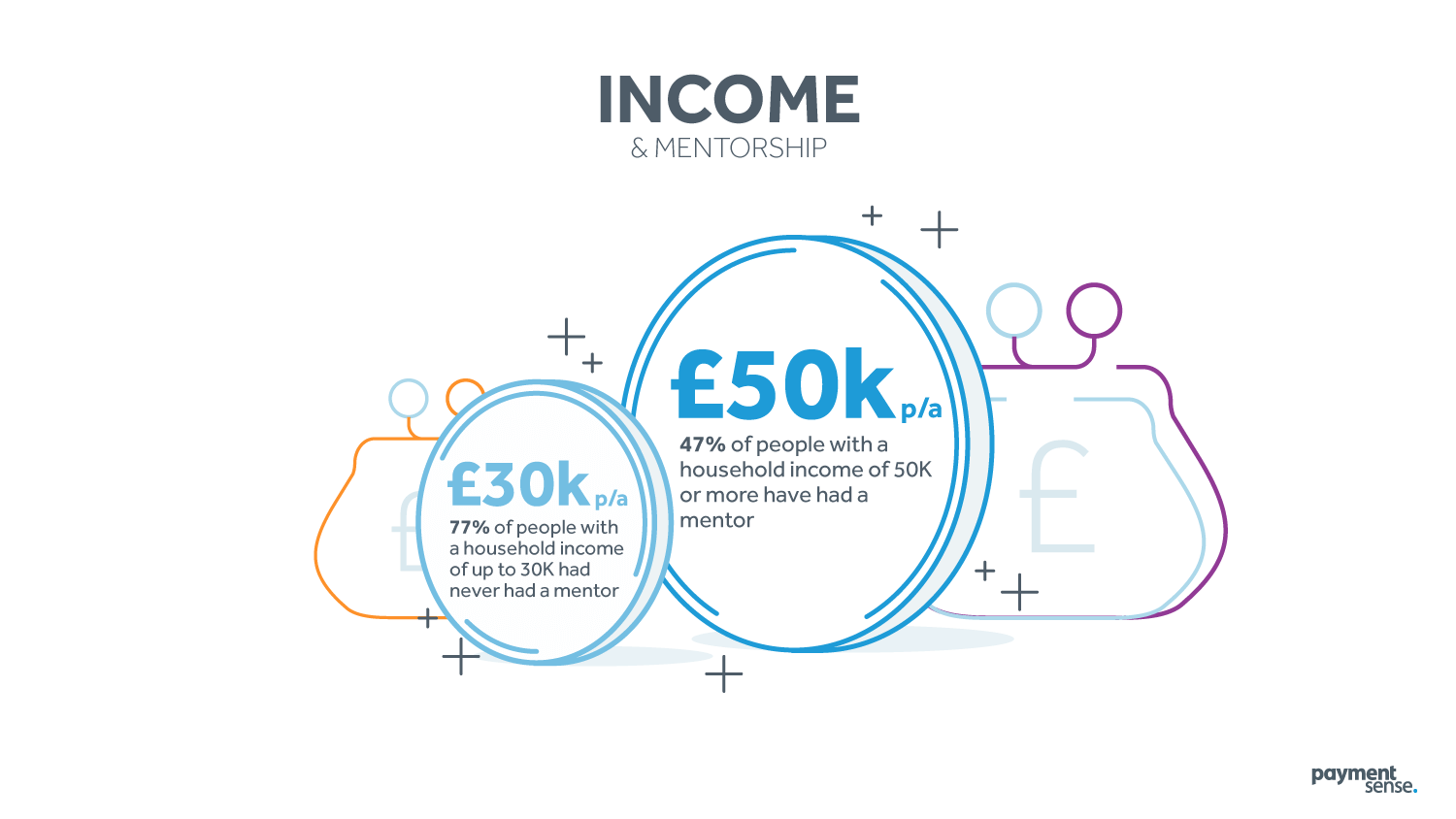 Miles Waghorn is founder of Techsilver  a company which aims to improve later lifestyle through technology. He first received mentoring and support from The Hive, Nottingham Trent University’s centre for enterprise and entrepreneurship. The Hive helped Miles establish his business and introduced him to his second, full-time mentor, Carole Harvey.

Miles explains: “Carole has been instrumental in my success as an entrepreneur. She combines her wealth of wisdom and experience from numerous roles (including commercial finance director at Boots and FD of an £80m investment firm), with a unique approach where we work together to solve problems, instead of just being told what to do.

“We first met at an Institute of Directors discussion event – I was on a panel as an inexperienced entrepreneur and she was there as an experienced one. Carole’s years of experience means I benefit from advice on both the day-to-day challenges of running a business, as well as longer-term strategic planning. She helped me reach important decisions and boosted my confidence as a young entrepreneur,” added Miles.

Guy Moreve, Head of Marketing at Paymentsense said: “There’s no question that mentoring can really accelerate a career, especially in the early days. Our study revealed that their top career benefits were improved confidence, better stress management and increased likelihood of promotion. For those looking to go it alone and start their own business the opportunity to learn from others’ mistakes and get an experienced perspective can often make all the difference in that difficult first year.

“However, it’s very concerning to see that there is an emerging gender mentoring gap in that men were more likely to have a mentor, as well have more of them than women – clearly this issue needs addressing as part of the wider workplace gender equality movement,” he added.

Top 10 benefits of a mentor 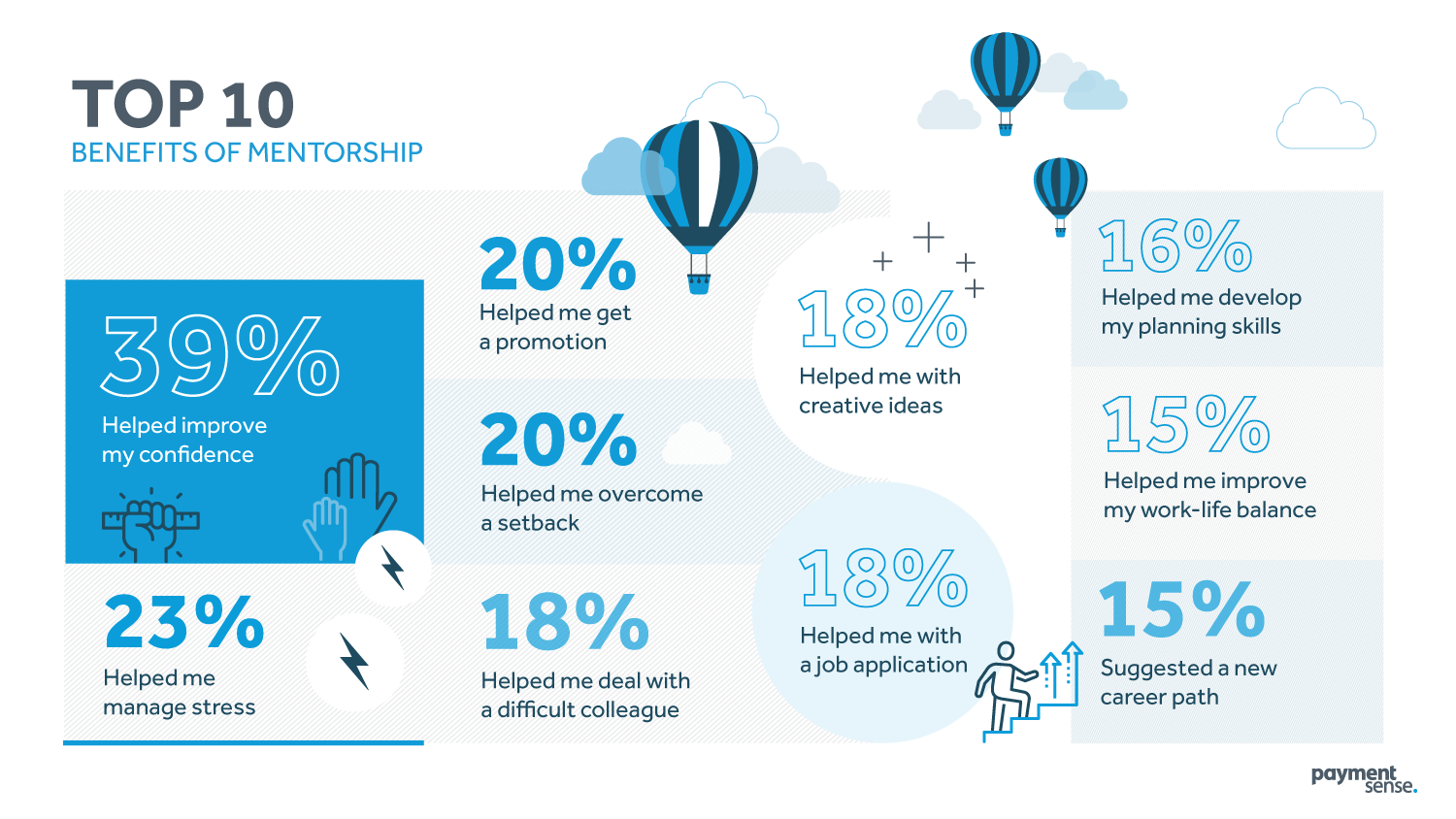 Top 5 people most likely to become your mentor 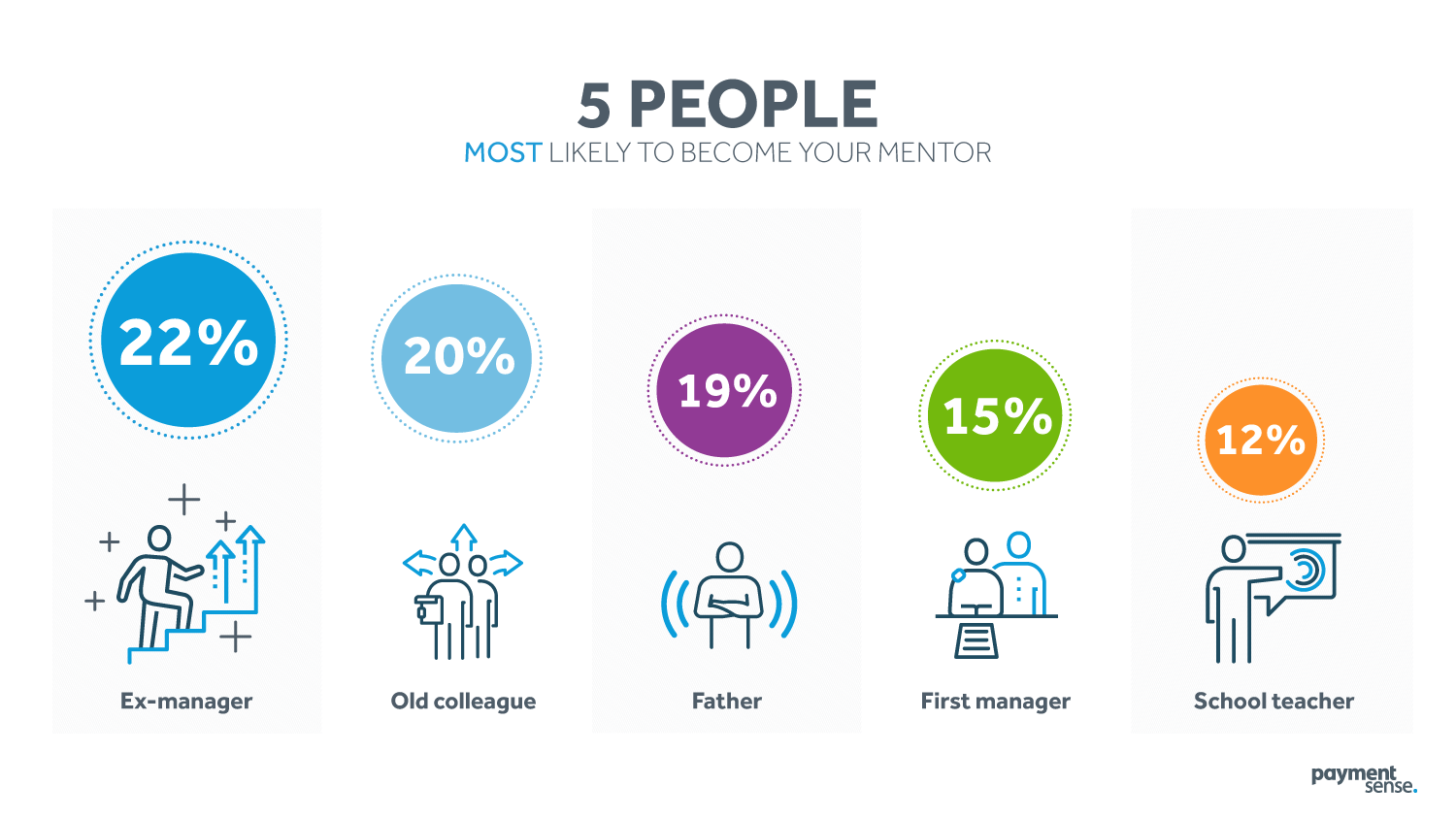 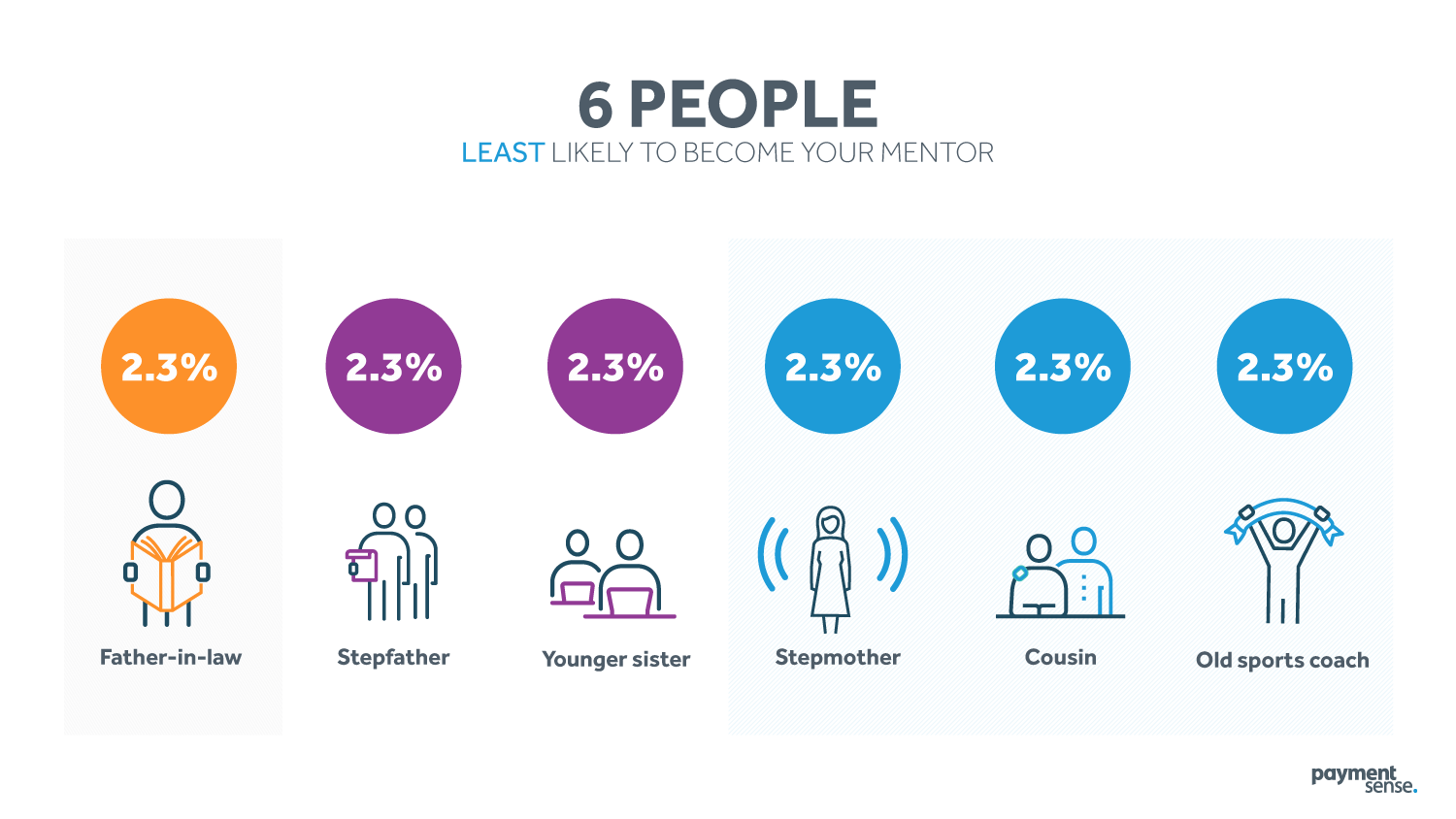 By using the buying power of many, Paymentsense acts as a giant merchant to negotiate the lowest card processing fees on behalf of its customers – whether they are in retail, hospitality, transport or have a trade. The company offers a range of card payment solutions – from Card Machines to Payment Gateways and Virtual Terminals – and provides merchant accounts for over 70,000 small and medium businesses around the UK.

The best countries for workplace benefits
The UK’s most lucrative landmarks
The UK’s 2021 Serial Refunder Report
The UK’s top stock-savvy cities
The most innovative cities – a Paymentsense global index
The most Googled entrepreneurs: Who is trending in 2021?

We use cookies to optimise site functionality and give you the best possible experience.

We use cookies for different purposes on this site.

These allow us to recognise and count the number of visitors to our website and to see how they move around our website when they are using it. We use this information to improve the way our website works.

These cookies are used to serve you relevant advertising on external websites, they are also used to limit the number of adverts you see as well as to help us measure the effectiveness of our advertising campaigns.